Universal's Witch Hunt After Us The Fans

Dear AbbaFriends, Universal Music has decided Mundo ABBA must come to an end and I want to thank you for these 3 years we did the broadcast. I want to thank all my fan friends who contributed also to make this project a better one.
I told Universal they don't understand the fandom world, most of us have all the material we play and our show has more to do with a gathering of friends than people ripping ABBAs music. We the fans are the ones who buy all Universal's re-runs, material released with lack of imagination under the name of Deluxe editions and still in top if this I'm pretty sure we bought all this.
Universal told me they respect and thank the fan activities that support ABBA but their actions are more like a witch hunt than a thank to us the fans.
It was our turn to feel in the flesh the lyrics of the Visitors, and that part that says "and now they come to take me, come to break me and yet it isn't unexpected .. I have been waiting for these visitors" was written thinking of us, the ABBA FANS.
It is sad to see that other musical bands and their recording companies welcome the support of their fans, Universal only thank us when we buy their releases.
So, how can one help a person who doesn't want to or are arrogant enough to see they owe us the fans their welfare? Universal told me they are only protecting ABBA interests and that they have the support of ABBA THEMSELVES in this.
According to the ungrateful treatment they gave us, when we stood up in front of their museum for more than 12hours without even turning to the fans to thank us for attracting the media in their favour, it was a frustrating trip except for the fact we gathered with our abba friends, many fans on the tram were as disappointed as we were, and now  ...with this last action..., I feel enough is enough, so , again, thank you for spending and sharing your time with us.  It was a beautiful dream but it is all over. Thanks.

Check it out / Echa un vistazo

A Must for ABBA fans 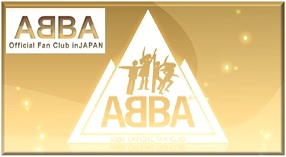 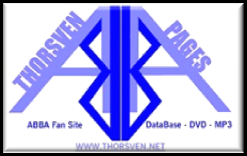 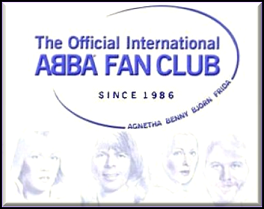 ONLY one approved by ABBA 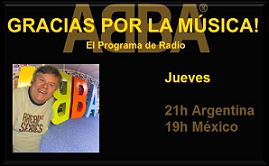 NONE
We are back LIVE !